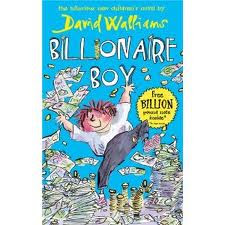 Joe Spud is a billionaire with all that he ever wanted, but there's one problem! At his rich school he gets called "Bumfresh Boy" so he moves to a normal school to make a friend but things don't go to plan... Joe Spud became a billionaire because his father invented Bumfresh loorolls. For his 12th birthday his dad gave him a million pounds but Joe wasn't happy because he gets that much money every year. All that Joe wants is a friend to play with.

The loo roll that Joe's dad invented was dry on one side and smooth on the other.

I really liked this book and thought it was very very funny. It was also sad because even though Joe had loads of money, he was still sad and lonely. Raj the newsagent is in this book too, he always has rubbish offers like "Buy 65, get 1 free!" 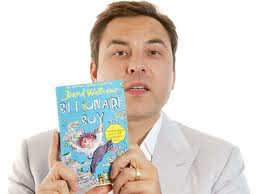