His mother died two weeks before his 7th birthday. Walter's dad died of a heart attack on 10th December 1897. Walter lived at 51 Walton Street, Hythe, Folkstone, England. Walter Tull had four brothers and one sister. They all went to North Board Black Bull School. It took him 1 minute to walk to school. His brother Eddie took half a minute as he had longer legs.

Walter's dad came from Barbados. When he traveled to England on a ship, he was a ship's carpenter. After Walter's mum died, his dad married again and Walter had a stepmother. They had a baby girl called Miriam.

This book was brilliant to read and I learned so much from it. He was a very brave man and a real hero. 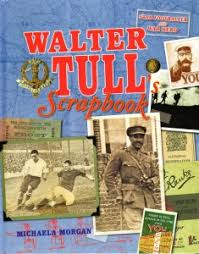